How to clone your Motorola CP200 radio

We have recieved numerous requests on the instructions to clone one CP200 to another. Below is the directions provided in the Motorola Basic Service Manual for the CP200 radio. Please note for this to be successful both the source radio and the target radios must be identical. 4 channel to 4 channel, 16 channel to 16 channel, VHF to VHF and UHF to UHF. Hope this helps.

1. Cloning is the process of copying the content of one radio (source radio) into another radio (destination radio). Radio content refers to system-type features such as frequency, squelch type options, trunking, etc.

Radio functionality inherent in one radio cannot be cloned to another radio that does not contain the same functionality. Tuning and alignment information are not transferable and are not affected by cloning.

1. Signaling Identification Numbers (IDs) are duplicated in the cloning process. Unique IDs may be
assigned with the CPS.

Note: Unsuccessful cloning attempts generates a continuous tone and may be an indication that the destination radio’s codeplug is corrupted.


Motorola Solutions, an international advocate for being eco-friendly, has decided to phase out NICD (Nickel Cadmium) batteries in due course.

The corresponding replacement batteries are listed below. Please note that there are some cancelled batteries do not have a Motorola replacement.

Please contact us at Wiscomm if you have any questions or would like to seek an alternate source for batteries.
Posted by Wiscomm Staff at 12:25 PM No comments:

With the recent announcement that Motorola has doubled its manufacturers warranty for defects in manufacturing and defects from 24 months to 48 months on both the IMPRES and Non-IMPRES battery line has really shaken up the two-way battery industry. Below is a summary of these changes:

This is huge news for the Motorola Two-Way battery business, these extended warranties prove once again Motorola makes the best batteries in the industry.

Wiscomm is proud to be one of the largest seller of Motorola batteries in the the US, let us show you how we can solve your battery problems today. Visit ShopWiscomm.com for the very best pricing available.

The wildly popular Blackbox BANTAM series is now available with the standard Motorola M1 style plug (2-pin) like the CP200 / XTN Series portables. This is in addition to the standard K1 style plug (2-pin). These are in-stock and ready to ship today. Featuring a knock-out price of $188. Only $188 for a full power 4/5watt portable, with LiIon battery and an industry leading 2-year warranty. 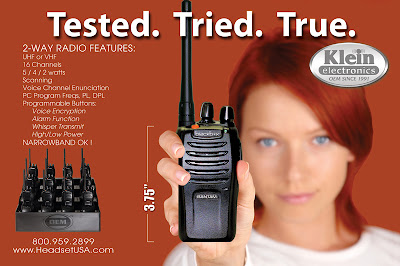 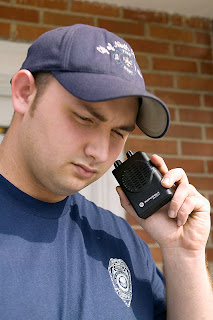 The newest edition to our line-up now include Motorola Paging Products, in particular the industry-standard Motorola Minitor V voice pager. The Minitor V is the standard with departments across the country with literally millions of units sold. Featuring a wide variety of frequency, channel and stored voice options we can have your pager on its way within two business days of ordering. All at the best possible pricing that you have come to know from Wiscomm.

We are also pleased to announce we are now a STOCKING dealer for the Apollo Paging line, we have had great success with this line as our clients have come to appreciate the unique features and cost savings with the the Apollo VP200 series.

Either way, be sure to check out our either our Motorola Paging or Apollo Paging line of products today.
Posted by Wiscomm Staff at 10:30 AM No comments:

Wiscomm is ready to assist with your narrowbanding programming project

As the clock keeps ticking down to the January 1st 2013 deadline to reprogram (or replace) your radios to remain in compliance with the new FCC guidelines in the US the Wiscomm elves have been working overtime to fill the many frantic last-minute orders for programming cables.  Wiscomm has long been known as the one-stop shop for programming cables for top radio brands such as Motorola, Kenwood, ICOM, Hytera, HYT and Vertex. We offer "aftermarket" private label cables as well as Original OEM cables for many of these models. With our quality "aftermarket" line cost savings of several hundred dollars is common. Our current inventory of well over 1000 cables allow us to ship overnight those last minute cables needs.

We are pleased to add two new "combo" cables, these aftermarket cables allow you to program some of the most popular Motorola radios utilizing just one easy to use cable assembly. 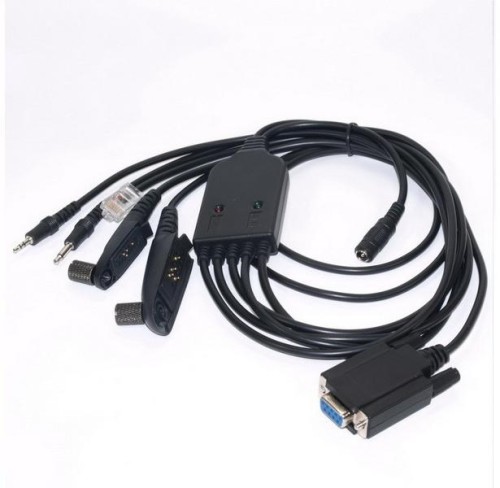 The"M5X" Multi-Radio Programming Cable programs all the same radios as the "M4X" but with the addition of the EX500, EX560-XLS, EX600 series and more. This cable is also available in-stock and runs $34.95 each.


We invite you to check out our entire programming cable line through our wonderful, easy to use website. Check one more thing off your list, let Wiscomm provide the right cable for the job.
Posted by Wiscomm Staff at 9:00 AM No comments: 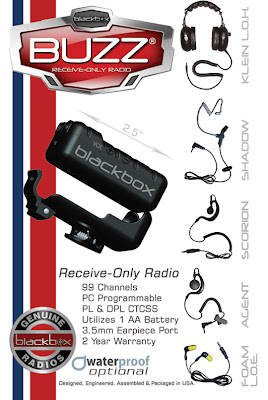 The expanding Blackbox line of radios just announced the new "BUZZ" line of receive only radios. This incredibly compact (2-1/2" length) radio can clip on a collar or jacket and features 99 programmable channels, 430-520 Mhz bandwidth (VHF coming later this year), PL/DPL and a 3.5mm standard ear plug. The receiver sips power from an easily obtainable "AA" battery making this perfect for any emergency kit.

We believe this is a perfect solution for racing teams that need all be able to monitor team radio transmissions, restaurant staff requires one-way conversations or even news media crews that require IFB monitoring.

Blackbox BUZZ - UHF
Posted by Wiscomm Staff at 11:45 AM No comments: 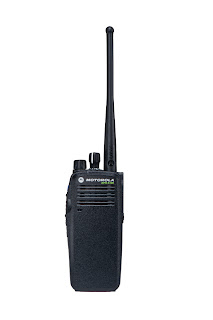 Motorola is rolling out the much anticipated "entry level" digital radio to it's popular MotoTRBO line-up. The new XPR 6100 portable radio features 32 channels programmable to either analog or digital TRBO making this radio the perfect entry into any future digital mandates.

This new XPR 6100 utilizes all the current MotoTRBO batteries and accessories. It is however missing any GPS, submersibility, data, telemetry, trunking or networked repeater functionality. With an estimated street price around $500 look for the XPR 6100 to available in Spring 2012. 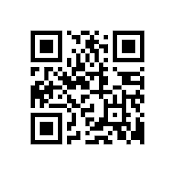